Is Green Tea Good for You?

Is green tea good for your health? One of the better known green teas is the Japanese Matcha tea.

Matcha (抹茶, Japanese: [mat.tɕa], English /ˈmætʃə/or /ˈmɑːtʃə/) is finely ground powder of specially grown and processed green tea leaves. It is special in two aspects of farming and processing: the green tea plants grow in the shade for three to four weeks before harvest, and the stems and veins are removed during processing. During shaded growth, the plant Camellia sinensis produces more theanine and caffeine. The powdered form of matcha is consumed differently than from tea leaves or tea bags, as it is suspended in a liquid, typically water or milk.

The traditional Japanese tea ceremony centers on the preparation, serving, and drinking of matcha as hot tea, and embodies a meditative spirituality. In modern times, matcha is also used to flavor and dye foods such as mochi and soba noodles, green tea ice cream, matcha lattes, and a variety of Japanese wagashi confectionery. Matcha used in ceremonies is referred to as ceremonial-grade, meaning that the powder is of a high enough quality to be used in the tea ceremony. Lower-quality matcha is referred to as culinary-grade, but no standard industry definition or requirements exist for matcha.

This site uses Akismet to reduce spam. Learn how your comment data is processed. 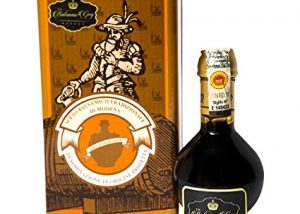